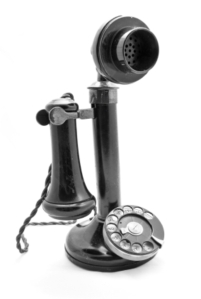 The more determined men become to despise the teaching of Christ, the more zealous should godly ministers be to assert it and the more strenuous their efforts to preserve entire. And more than that, by their diligence to ward off Satan’s attack.

About three-thirty Thursday October 3rd I received a phone call from a member of St. Mary’s with a message from the Bishop’s secretary. The secretary had called him to read out a memo from the Bishop. He was then to call me and our then Senior Warden to repeat the  message. The message was that I was allowed to officiate at the coming Sunday service, but no service thereafter. My wife Barbara and I were not to attend a special parish meeting called by the Bishop. Vestry members were encouraged not to attend. We spoke a bit further and ended the call.

There had been no communication from the diocese in any form apart from that phone call since the meeting a month earlier with the Bishop and the Canon to the Ordinary with Barbara and our Wardens on September 6th to confirm to them that Barbara and I, and all of the Vestry desired to seek realignment and alternative episcopal oversight within the Anglican communion, specifically with the Province of Nigeria’s mission, the Convocation of Anglicans in North America. We were not interested in retaining property. We were not interested in any investments or endowments. We just wanted to leave peaceably. All I knew after that strange phone call was that I was going to preach the gospel and lead the Great Thanksgiving Prayer at the Lord’s Table for the last time on the first Sunday of October. It was twelve years exactly to my first Sunday in 2001.

What was going on came almost a month later. The day after Reformation Sunday (October 28) I signed for two certified letters from the Bishop informing us that the Standing Committee in a September 26th meeting for me and an October 17 meeting for Barbara (deacons forgotten once again!) had determined that even expressing a desire for alternative episcopal oversight to the Bishop was an offense under Title IV and that we were either to renounce our vows voluntarily or after 60 days upon receipt of the letter the Bishop would depose us.

To members and fellow clergy of the Church of England (CofE) it may seem strange that the Episcopal Church (TEC) would react in such an extreme way when you express a desire for alternative episcopal oversight, but I have discovered that such is the difference between the two. What would have been a simple transfer of canonical residency for the CofE from one province of the Anglican Communion to another (from TEC to the Church of Nigeria) and which had been the case here, is long gone.

There is sadly an imperialism here in TEC that has neither any real place for the Anglican Communion nor gives any substantive acknowledgement or provision for the theologically orthodox among them both in a form of alternative episcopal oversight and in an effective canon revision that will provide pastoral or legal protection for those who remain and the freedom to transfer canonical residency for those who leave peaceably. The unnecessary and at times bitter deposition of over 700 clergy and the departure of five dioceses bear witness instead to an intolerance that has now touched our lives as well.

I thought to publish a series of blog posts where I will recount how we became part of that 700+ number, what led to that strange telephone call and certified letter.

The series title is from a song by Groucho Marx, “Hello I Must Be Going”:

For my sake you must stay.
If you should go away, you’ll spoil this party I am throwing.

I’ll stay a week or two.
I’ll stay the summer through.
But I am telling you that I must be going.

Before you go will you oblige us
and tell us of your deeds so glowing?

I’ll do anything you say.
In fact, I’ll even stay!

But I must be going.

One thought on “Hello, I must be going”

Today’s joy: Gaura lindheimeri on the coldest morning since 9 May. A gift from @bwtilton
Today’s joy: Mrs. Vicar’s gift of cut flowers from the garden to brighten my study.
Today’s joy: Nicotiana sylvestris (woodland tobacco) fills the evening air with a delicious perfume.
Today’s joy: Among the Salvia ‘Amistad’.
Today’s joy: Claire Austin. I’m very fond of this gentle ivory rose.
Today’s joy: the annual refresh of the variegated bark on our crape myrtle (Lagerstroemia indica)