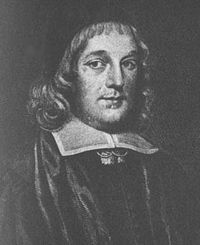 On this 350th anniversary of the Great Ejection, when the Puritans were ejected from the Church of England, I pulled down a volume of Thomas Manton, the ejected rector of St. Paul’s, Covent Garden.

Of his influence, the First Bishop of Liverpool J.C. Ryle wrote, “If ever there was an English divine who must be classed as a Puritan, that man is Manton…his works, like the Pilgrim’s Progress deserve the attention of all true Christians…As an expositor of Scripture I regard Manton with unmingled admiration. Here, at any rate, he is facile princeps [easily first] among the divines of the Puritan school… In days like these [Ryle wrote in 1870], I am thankful that the publishers of Manton’s Works have boldly come forward to offer real literary gold to the reading public.”

Dr William Bates preached his funeral sermon. I found it in volume 22. When we read how he described his departed friend, we understand why Ryle wrote what he did and how it was reported that Bates would weep whenever he spoke of Manton for some years after his friend’s death. At the same time, the description below provides us with a powerful depiction of a true preacher and true preaching.

His name is worthy of precious and eternal memory. God had furnished him with a rare union of those parts which are requisite to form an eminent minister of his word. A clear judgment, a rich fancy, a strong memory, and happy elocution met in him; and were excellently improved by his diligent study. In preaching the word he was of conspicuous eminence; and none could detract from him, but from ignorance or envy. He was endowed with an extraordinary knowledge of the scripture; and in his preaching, gave such perspicuous accounts of the order and dependence of divine truths, and with that felicity applied the scripture to confirm them, that every subject, by his management, was cultivated and improved. His discourses were so clear and convincing, that none, without offering violence to conscience, could resist their evidence; and from hence they were effectual, not only to inspire a sudden flame, and raise a short commotion in the affections, but to make a lasting change in the life.

His doctrine was uncorrupt and pure; the truth according to godliness. He was far from the guilty, vile intention to prostitute the sacred ordinances for acquiring any private secular advantage; neither did he entertain his hearers with impertinent subtleties, empty notions, intricate disputes, dry and barren, without productive virtue; but as one who always had in his eye the great end of his ministry, the glory of God, and the salvation of men. His sermons were directed to open their eyes, that they might see their wretched condition as sinners, to hasten their flight from the wrath to come, and make them humbly, and thankfully, and entirely receive Christ as their Prince and all-sufficient Saviour; and to build up the converted in their holy faith, and more excellent love, which is the “fulfilling of the law:” in short, to make true Christians eminent in knowledge and universal obedience.

And as the matter of his sermons was designed for the good of souls, so his way of expression was proper for that end. His style was not exquisitely studied, not consisting of harmonious periods, but far distant from vulgar meanness. His expression was natural and free, clear and eloquent, quick and powerful; without any spice of folly; and always suitable to the simplicity and majesty of divine truth. His sermons afforded substantial food with delight, so that a fastidious mind could not disrelish them. He abhorred a vain ostentation of wit in handling sacred truths, so venerable and grave, and of eternal consequence. His fervour and earnestness in preaching was such as might soften and make pliant the most stubborn and obstinate spirit. I am not speaking of one whose talent was only voice, who laboured in the pulpit as if the end of preaching were the exercise of the body, and not for the profit of souls.

But this man of God was inflamed with holy zeal, and from thence such expressions broke forth as were capable of procuring attention and consent in his hearers. He spake as one who had a living faith within him of divine truth. From this union of zeal with his knowledge, he was excellently qualified to convince and convert souls. His unparalleled assiduity in preaching declared him very sensible of those dear and strong obligations which lie upon ministers to be very diligent in that blessed work. This faithful minister abounded in the work of the Lord; and, which is truly admirable, though so frequent in preaching, yet was always superior to others, and equal to himself, He was no fomentor of faction, but studious of the public tranquillity; he knew what a blessing peace is, and wisely foresaw the pernicious consequences which attend divisions.

Consider him as a Christian, his life was answerable to his doctrine. This servant of God was like a fruitful tree, which produces in the branches what it contains in the root. His inward grace was made visible in a conversation becoming the gospel. His resolute contempt of the world secured him from being wrought upon by those motives which tempt low spirits from their duty. He would not rashly throw himself into troubles, nor, spreta conscientia [disdaining conscience], avoid them. His generous constancy of mind in resisting the current of popular humour, declared his loyalty to his divine Master. His charity was eminent in procuring supplies for others, when in mean circumstances himself. But he had great experience of God’s fatherly provision, to which his filial confidence was correspondent.

I shall finish my character of him by observing his humility. He was deeply affected with the sense of his frailty and unworthiness. He considered the infinite purity of God, and the perfection of his law, the rule of duty; and by that humbling light discovered his manifold defects. He expressed his thoughts to me a little before his death. “If the holy prophets were under strong impressions of fear upon extraordinary discoveries of the divine presence, how shall we poor creatures appear before the holy and dreadful Majesty? It is infinitely terrible to appear before God, the Judge of all, without the protection of the blood of sprinkling, which speaketh better things than that of Abel.” This alone relieved him, and supported his hopes. Though his labours were abundant, yet he knew that the work of God, passing through our hands is so blemished, that without appealing to pardoning mercy and grace, we cannot stand in judgment.

1662 may have been a significant year for the Book of Common Prayer. It was not, however, a good year for those to whom the gospel and a good conscience were more precious than the institutional church. May God grant to his church more such men and ministers today!